‘What If Bunny Poo Was Square?’ was written to help education families about the challenges that can arise before they go out and bring home a new bunny.  Filled with bold colourful pictures, this quirky, fun and true-to-life book teaches the lesson of not biting off more than you can chew.  It is a must read for anyone considering a new bunny and for all animal lovers!

Did you know that the gestation period for a bunny is only 30 days!

The average bunny will have between 4 and 12 babies (kits), depending on their breed, each pregnancy.  It’s possible for the doe (or female bunny) to get pregnant again as soon as the next day, which means a bunny can get pregnant 12 times in one year!

This staggering number of pregnancies and babies per year is what causes a local stray bunny issue to get out of hand VERY quickly. 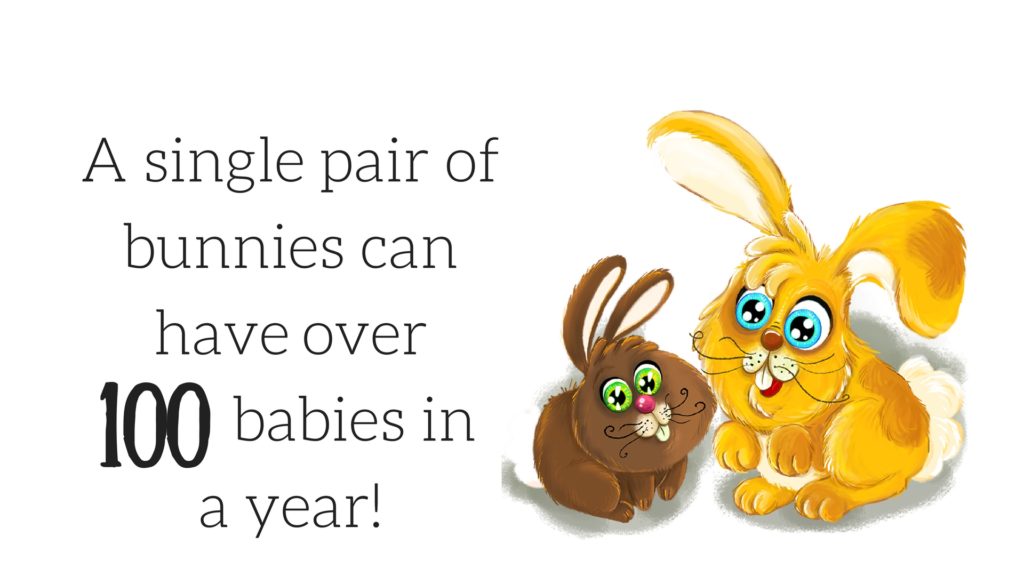 In 2007, a number of locals in Kelowna, BC, started to notice an increase in the feral bunny population around town.  It seemed that the orchard workers and farmers where seeing a significant increase in the bunnies in their area.  By 2008, the bunny numbers had gotten out of control and the city was receiving a large number of complaints each day.

Sadly, many of the bunnies that were being seen around town had once been family pets.  A large number of bunny pet owners don’t know all the facts before they take their new lovable fluff ball home and after a few years decide to release their pet into the wild. Domestic, spayed/neutered bunnies can live anywhere from 8 to 12 years, which is much longer than most new bunny owners are prepared to deal with.

Many who released their bunnies into the wild thought they were doing the right thing.  They took them out to a large fielded area in the summer and sent them on their way.  The number of multiplying bunnies got out of hand very quickly though.  Withing a two year span, it was estimated that there were over  2000 feral bunnies in the Kelowna area.  The city was faced with a difficult decision…how to get rid of all the bunnies.

Once it became obvious that the situation was getting out of hand, the city of Kelowna began looking for companies that could help them put an end to the bunny problem.  Extermination was their first means of dealing with the situation, but after a large number of complaints and petitions against the city, they put out a request for other solutions from companies that could deal with the ever growing number of bunnies.  TRACS (The Responsible Animal Care Society) won the contract that would see over 800 bunnies humanely trapped, spayed/neutered and adopted to responsible ‘forever homes’ or kept at their facility.  The city even implemented a by-law that would stop the sale of any bunnies for two years after the outbreak.

Considering the impact the feral bunny issue had on the city, you would think everyone would do their best to ensure it didn’t happen again.  Sadly, reports have been coming in over the past 12 months that a growing number of bunny colonies have popped up across the Kelowna area.

“We have reports of some wild rabbits on the Westside, and if we can’t capture them, that number could grow to 30 or 50 in no time,” Cyndy Mymka of the Responsible Animal Care Society. – The Daily Courier

Bunny education and awareness is what we need to ensure this doesn’t happen again! 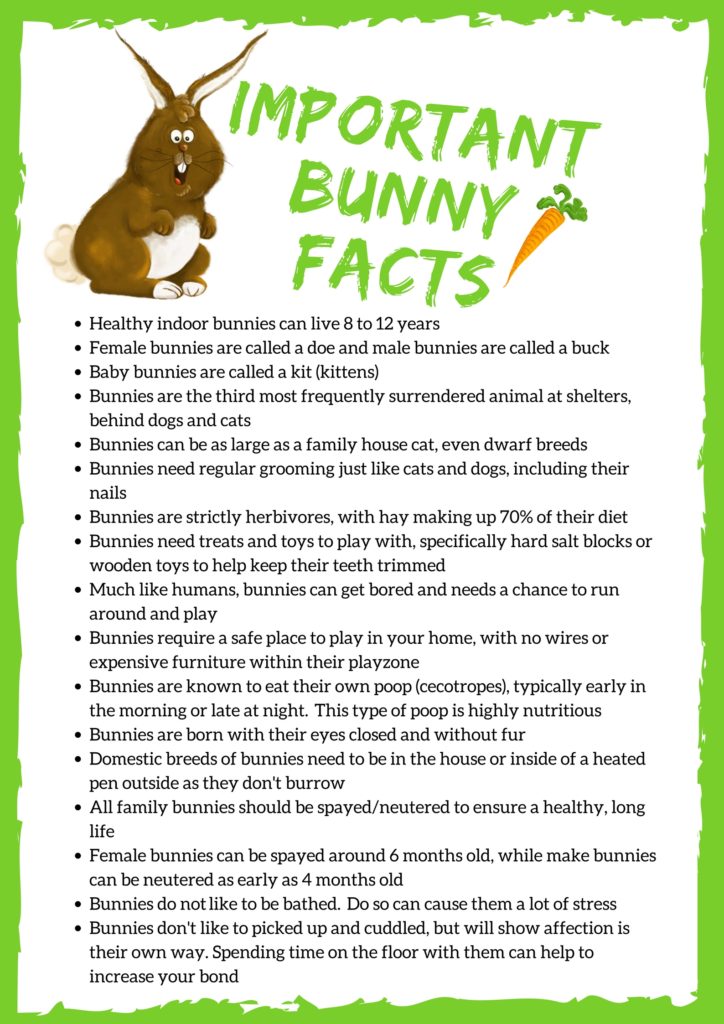 There are a large number of online resources that can help to ensure responsible pet owners have all of the facts they need before they bring home a new family member.  The reality is pets require a lot of attention, care and time!

Check out some of these websites for some more info

Also, check out this awesome video by ErinsAnimals that will help you determine if a bunny is the right pet for you!

And remember, when you’re considering adding a new pet to your family, always check your local SPCA to see if there is a loving animal waiting there for a FOREVER HOME!

We’ve all heard of therapy dogs, but did you know rabbits can be therapy animals too?

One seniors home in New Brunswick is using a honey colour rabbit to help bring joy to residents and unlock memories.  Adopted from the Moncton SPCA, Honey Bunny is unique in personality

[She is] gentle, never squirms or nips like some bunnies tend to do, and she is 100 per cent litter trained.

One resident, Joan Fanjoy, 89, says that when she cuddles with Honey Bunny, it is like she takes a step back in time.

“I remember when I was just a little girl that we had rabbits on the farm,” said Fanjoy as she snuggled Honey Bunny, who was wrapped up in a baby blanket covered in hearts.

To learn more about Honey Bunny and her story, check out this Global News article [click here] or watch the video below